One Small step for mankind, One Giant leap for Drone Operations

We Have Lift Off…On Mars

It’s official, we have had the first drone flight on another planet. And what makes this so interesting is the science that went into accounting for the difference in gravity, atmosphere and a host of factors that being on another planet bring to the calculations table.

Ingenuity took it’s second flight this week. It’s initial flight was a simple 2m accent, hover and landing. The purpose this Thursday was to introduce some horizontal movement. To achieve this, the drone tilted 5 degrees, allowing some of the thrust from the rotors to take it sideways. With a few more flights scheduled, each and every one is going to be more and more advanced. Nasa has granted the Ingenuity engineering team three more flights in the next 12 days. These could see the drone travelling hundreds of metres across the Martian surface.

“The helicopter came to a stop, hovered in place, and made turns to point its camera in different directions,” said Håvard Grip, Ingenuity’s chief pilot. “Then it headed back to the centre of the ‘airfield’ to land. It sounds simple, but there are many unknowns regarding how to fly a helicopter on Mars. That’s why we’re here – to make these unknowns known.”

With the air destiny only 1% of earths, this means the rotor blades have very little to bite into in order to generate the required lift. There is some assistance with Mar’s lower gravity but all of these factors, coupled the need for autonomous control – due to the 300 million km distance (that’s quiet a range) meaning radio signals take 16min to travers the distance of space.

Ingenuity is made to be extremely light and given enough power to turn those blades extremely fast – at over 2,500 revolutions per minute. 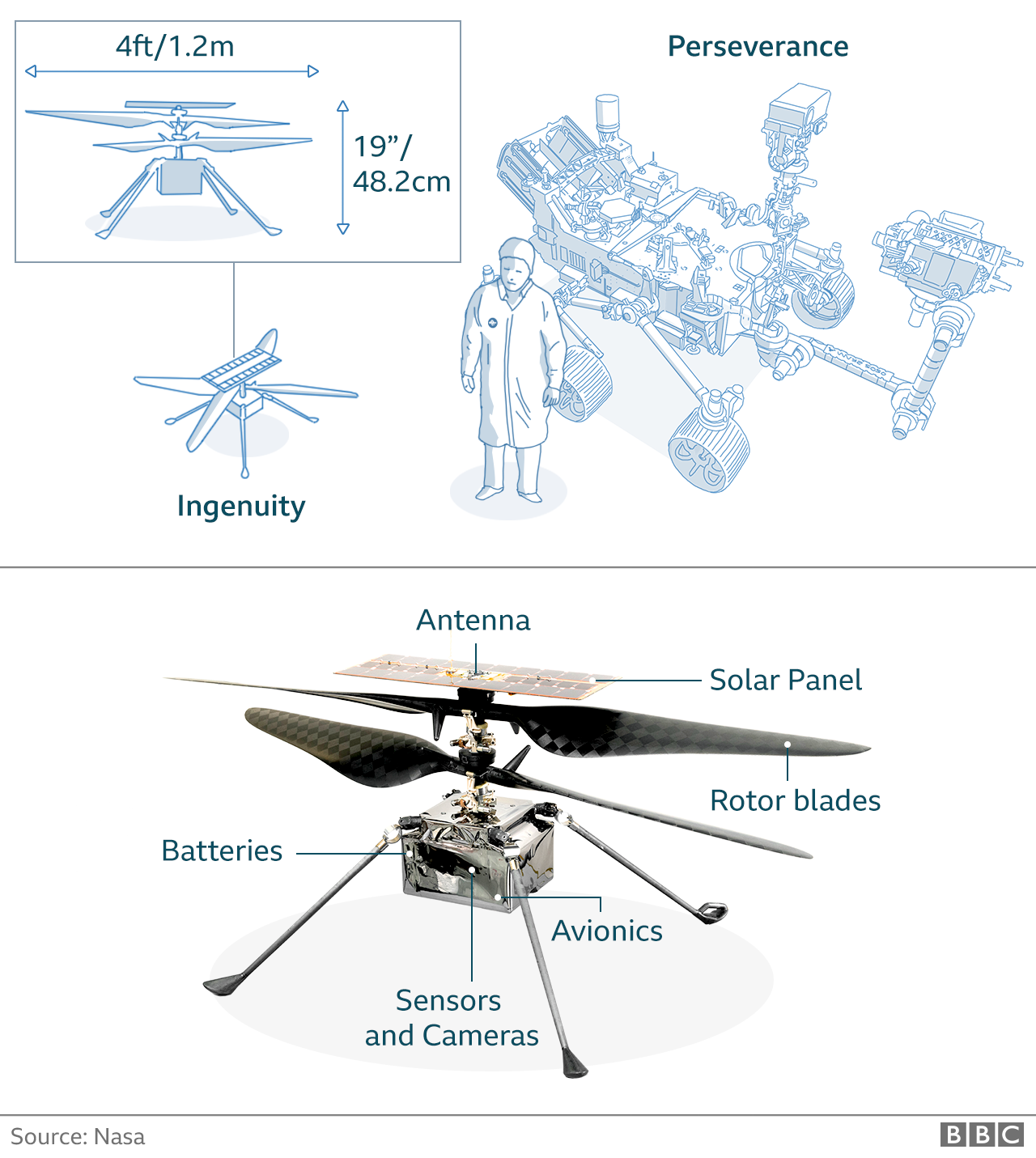 Ingenuity is also carrying a large piece of history with it. A tiny swatch of fabric from one wing of Flyer 1, the plane that in December 1903 made the first powered flights on Earth, is attached. The Wright Brothers would be proud.

The Flyer 1 swatch, which is about the size of a postage stamp, is attached to a small cable beneath Ingenuity’s solar panel.

Any cookies that may not be particularly necessary for the website to function and is used specifically to collect user personal data via analytics, ads, other embedded contents are termed as non-necessary cookies. It is mandatory to procure user consent prior to running these cookies on your website.

SAVE & ACCEPT
Go to Top